I was pleasantly surprised to hear that Pristine Note, them purveyors of audio awesomeness in India, had come up with their own earphones! They're called the Signature Acoustics C12, and although there's a bit of scope for improvement, it's a wonderful start, and hopefully, this will be the first of many excellent audio products to bear the 'Made in India' tag.

The box is pretty straightforward. None of that ruddy hyperbole that seems to be plaguing the growing consumer audio market (OMG WE USE THE GR8EST MAGNETS THAT REPRODUCE SOUND SO SEXILY THAT RAINBOW COLOURED CATS WILL START FALLING OUT OF THE SKY OMG OMG). 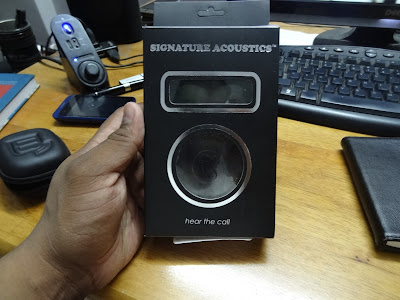 Inside the packaging, the big surprise was a brass storage box! This was quite interesting! 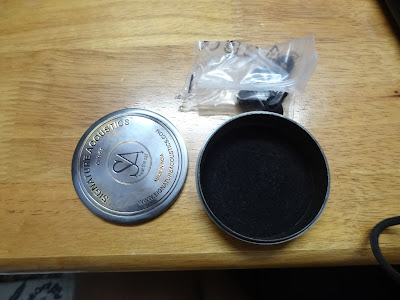 While this was a nice touch, and the interiors were of high quality, there were two problems:

1. It's too heavy to practically cart around. You could, but... It's still quite heavy.
2. You know that spine-tingling feeling you get when you run nails down a blackboard? That happens every time you open and close the lid. Yow.

In any case, the guys who've reviewed this before me, like the box but again the practical concerns of carting around a heavy box was too much to discard. So the company has told me that they're coming up with a semi-hard leather case.

Tech2 summed it up brilliantly in their review of these earphones: The polished brass case is as gorgeous as it is impractical.

Now, on to the earphones themselves. They're gorgeous to look at! The body is made entirely of wood. 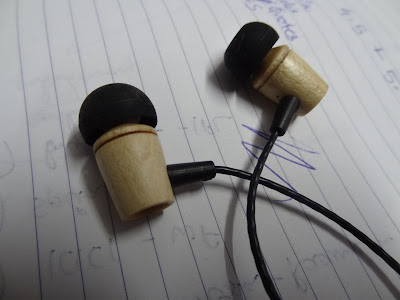 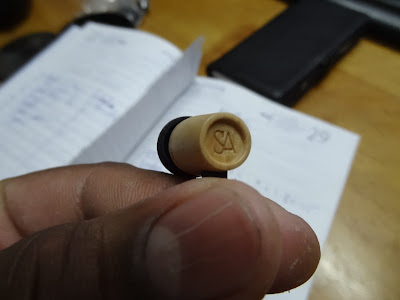 They look fairly solidly constructed. I had some concerns about whether the cables would pop out of the earphones, but they didn't. Quite nicely done. The cable is of VERY high quality, I must say. It looks and feels premium and I don't see any wear happening with even gym-level use for a few years.

Now, on to the major question - how do they sound?

Well, I have mixed opinions here. While there's no denying that the sound is excellent - Signature Acoustics have done a superb job here - it's not a sound signature I'm particularly fond of. It's a very 'laidback', relaxed sound with a lot of emphasis on bass. The mids (vocals, rhythm guitars) are very well defined. The highs - treble - however, was very underwhelming. This was deliberately done by the company, to make their earphones less fatiguing. Fair enough, but I'm a guy who likes to hear each string being strung, if you know what I mean. Here, the treble comes off as a little 'muddy', for lack of another term. 'Rolled off', I believe, is the term audiophiles use.

So I tried this with all sorts of music. I listened to it with two sources:
1. My Sony Xperia S phone, which is a decent music player.
2. My computer, which has a USB AudioEngine D1 DAC and Schiit Asgard headphone amplifier.

Rock and metal being primarily what I listen to, were less than exciting on first listen. But I must put a huge disclaimer here: My primary headphones are the Grado SR325, which is VERY treble-heavy. So I'm used to a 'brighter' sound signature. So the C12s at first felt like they were being slightly 'suppressed'. The mids were lovely - but the overpowering bass meant that I needed to fiddle around with the EQ settings - and got a comfortable listen out of it. The vocals are very upfront - I believe audiophiles call this 'forward', so this will be very well suited for vocal-heavy music like pop, Bollywood, R&B and stuff.

Noticing the emphasis on bass, I guessed these would be great for trance / hip-hop. I'm not much of a fan of this genre, so I tried the only song that I'm a fan of - Sandstorm by Darude. And it kicked butt! These earphones, with their emphasised bass, can drum some serious bass into your heads. And since there are a lot of people out there seeking great bass in their earphones, I can readily recommend this to them.

Just to clarify - just because they're bass-heavy doesn't mean the bass is muddy like in many low-end earphones. You can still hear the basswork on a bass guitar, for instance - however, it's not as tight as I'd like it to be, but from a earphone in this price range, it performs as expected.

I tried some Carnatic (Nagumomu, from the Mallu movie Chitram), some random Bollywood songs I knew, and some fusion (Indian Ocean, Agam). The earphones performed well with Bollywood, but again, I couldn't help but feel some 'sharpness' was missing.

While they're a pair of earphones that are quite dependent on the source (I doubt a Lava phone is going to help you get audiophile-level sound), they don't benefit too much from amplification (which is unsurprising - most IEMs in this price range are meant to be efficient enough to be driven by even a phone).

For the sake of showing off, here's the C12 with my Audioengine DAC and Schiit amplifier. 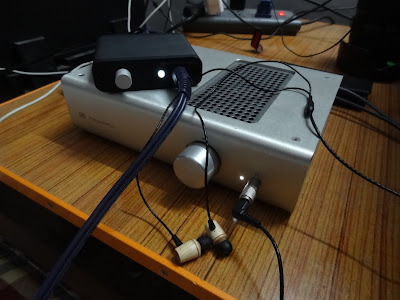 Price: The price it's going for right now is INR 2700. Which makes it a very worthy competitor to others in that price range - such as the Sennheiser CX270 and Klipsch S3.

The only other earphones I had on me at the time of review were the Brainwavz M2, which are 3750. It would be unfair to compare the two, of course - since the price range is different, so I'll refrain from doing that.

So, bottom line. Would I recommend these earphones?

It depends on the type of music you like and how you like to listen to it. If you're seeking intense amount of clarity and treble, then stay away from this. You'll be disappointed.

But if you're a basshead, want lots of thump, or place emphasis on vocals - then by all means try it out. It's an excellent earphone for the price. To make your decision easier, Signature Acoustics offers a trial period of ten days during which time you can try it out. If you don't like 'em, you can return 'em. I think that's immensely sporting of them.

And in any case, if you do end up buying them, fiddle around with your EQ settings, either on your computer or phone or player until you find what you like.

If you're interested, you can buy them from here.

And if you need more opinions on the C12, here are a few:

Tech2, Digit Forums, On another blog.

In any case, this is a superb start to indigenous earphones. I hope there will be many more such products to come out of the Pristine Note stable. By the way, check out the site, they have some kickass products in there. You can buy the products from their retail site, ProAudioHome.

Signature Acoustics contacted me and told me that due to the feedback received about the brass box, they've made it limited. Otherwise, the default will be these lovely cases. And they are probably the best-looking bundled cases I've ever seen for earphones! 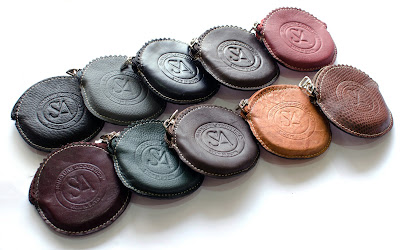 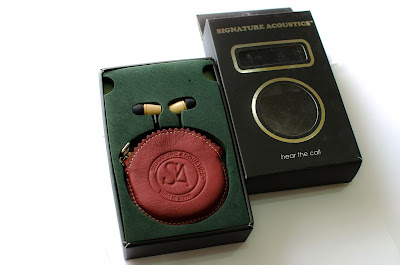 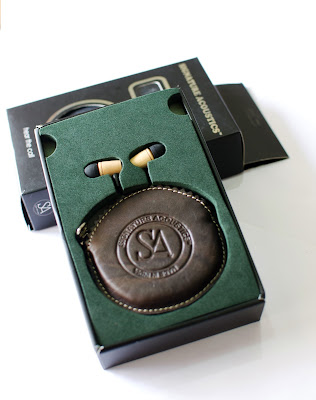 Got these 2 weeks back and they seem to just get better every day , sound perfect with my sansa mp3 player .Love the wood finish and overall light weight of the earphones. I have owned Sennheiser, Sony ,Philips earphones but these seem be much more detailed and fun sounding .

For the discounted price of 2.5k I paid , I find they to be totally value for money . My Sennheiser CX 400 costing almost twice the price didn't sound as much fun and clear.

Harisankar said...
This comment has been removed by the author.
11:38 am

Lovely Blog..
BTW can you tell me if HD 419 is any good. I am no audiophile. I listen to Bollywood, classic melodies, RAP, Some rock and blues usually,.

Hi all, presently I just lost my Creative EP - 630 headphones. I found them really good. But after listing about good praises of C-12, I am looking forward to buying them.
However, I am bit worried whether they are actually much better than Creative EP-630, given the price difference between the two is INR 1500.

I have the same dilemma as Prakhar has. Is it worth the price difference? My second ep630 just got stolen yesterday. . . . .

Hi
I have the best quality ring tone you can refer. Unique ringtone. Free ringtones. Ringtones from famous movies in the world. Many people around the world have installed ringtones for their mobile phones. How about you? Visit the home page below to get your favorite ringtone: https://ringtonedownload.in/
I will introduce 5 most installed ringtones:

Thank you for your attention!

In COD We Trust

COD In The Act